What are Zero Energy Homes 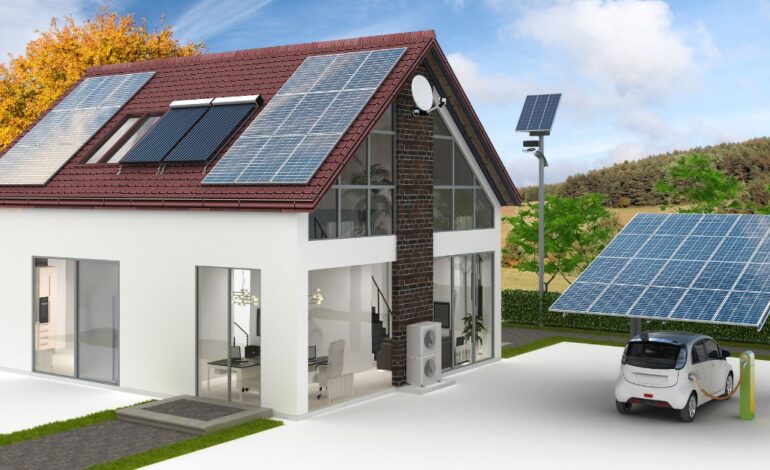 Posted in Sustainability, Waste Management Posted on September 30, 2022 by ggwastech@gmail.com

A zero-energy home is a building that produces enough renewable energy to meet its own annual energy consumption requirements, thus reducing the use of non-renewable energy in the building sector, leaving the occupants with a net zero energy bill, and a carbon-free home.

Zero-energy houses use less energy than traditional houses as well as generate their energy on-site for its consumption; hence, many are independent of the power grid.

The concept of Zero Energy Houses has become popular due to the increasing environmental concerns such as climate change, pollution, natural resources depletion, etc. Such houses contribute significantly lesser amounts of greenhouse gases than traditional houses.

There are many Zero energy houses already constructed in India. India’s first net zero building is Indira Paryavaran Bhawan, New Delhi, which was inaugurated in 2014.

Earth’s source of fossil fuels is vanishing at a much rapid pace during the last 200 years causing high damage rates to climate change and increasing the cost of traditional fossil fuels.

The zero energy goal is gaining momentum and becoming more practical due to its low cost and sustainability.

Most of the Zero Energy Houses generate energy using alternative sources of energy such as:

The house designed as a NET ZERO ENERGY Houses produces its electricity on its own, thus it can save a huge amount in electricity bills. These kinds of houses reduce environmental hazards, are environmentally friendly, more efficient, more durable, and more resilient. Research shows they provide more productive learning and working environment than typical houses.

A zero-carbon home emits zero net carbon dioxide during its operation and reduces greenhouse gas emissions (such as carbon dioxide) which aim to reduce the rate and impact of climate change.

Net Zero Energy homes’ principles can be applied to almost every type of project, including residential, industrial, and commercial buildings in both new construction and existing buildings.

Posted on May 31, 2022 by ggwastech@gmail.com
e-waste, Waste Management

Posted on May 20, 2022 by ggwastech@gmail.com
Municipal Solid Waste, Waste Management

Unmasking the impact of Municipal Solid Waste across India