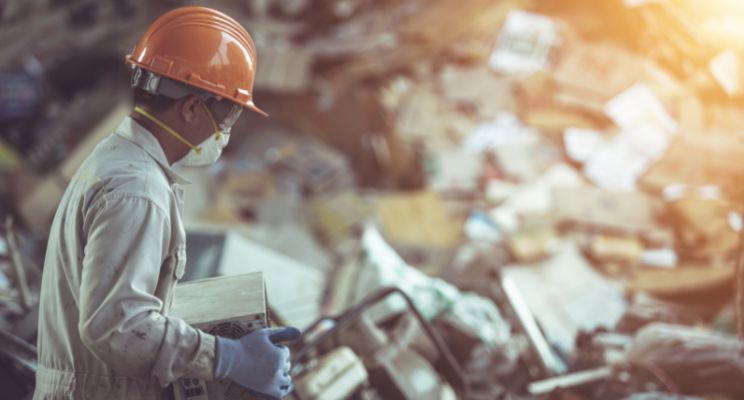 Over the past decade, we have seen multiple campaigns run by both governmental and non-governmental bodies towards curbing the problem of waste management in the country. Here is why it is a cause of alarm to this date:

An assessment made by the Ministry of Housing and Urban Affairs suggested that due to ‘increasing per capita waste generation of about 1.3% per year, and growth of urban population between 3% and 3.5% per annum, The yearly increase in the overall quantity of solid waste in the cities is about 5%.’ Imagine a steady increase in waste production in urban areas exceeding 42.5 million tons per annum. At 277.1 million tons of waste, India generates more than 80 percent of what South Asia produces and 13 percent of what the world produces annually.

Speaking of Plastic Waste, United Nations Development Program says India is generating a whopping 15 million tons of plastic waste each year, out of which 60% get into segregation and recycling while the 40% is left to become a severe hazard to the environment.

For example, in Gurgaon, 64% of the households are not segregating their waste.

Here’s how Wastech can help to bring these numbers down:

Logistical strength – having been able to dispose of over 100,000 MT of garbage from various states over 5 years Wastech has an efficient transportation system to help take care of your obstacle in achieving efficient and cost-effective waste disposal by assured on-time delivery and eliminating shipment delays.

EPR Service – it aims toward recycling post-consumer waste products. Wastech will take care of the waste collection, segregation, and disposal from both urban and rural sites.

Plastic Waste Management – unsegregated and unrecycled plastic waste is a cause of worry for the environment. Wastech combats this problem by picking up solid waste from clients which includes plastic waste. This is then segregated and after categorizing, is formed into bales and is ready for delivery to authorized destinations. These destinations can be recycling units or cement companies that use low-grade plastic waste as fuel.

Legacy Waste – Legacy wastes refer to the kind which has been gathered and stored for years on the barren ground or in a landfill. It can be a root of major problems including contamination of the environment surrounding it, and the release of toxins untreated such as greenhouse gases. Wastech’s assets can be employed to transport, segregate and dispose of this type of waste.

Thus, Wastech can prove itself to be the right choice in your quest to make a significant impact on the betterment of the environment both in the face of the urgent need for efficient waste management.

What are Zero Energy Homes

Know more about Waste Management and its Impact

Posted on May 31, 2022 by ggwastech@gmail.com
e-waste, Waste Management