Substitute of Plastics in Our daily life

Wastech > Blog > Uncategorized > Substitute of Plastics in Our daily life 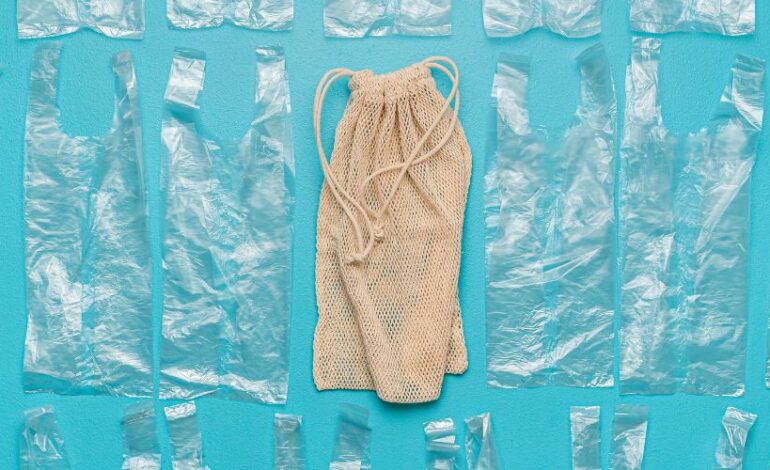 Posted in Uncategorized Posted on August 31, 2022 by ggwastech@gmail.com

Packaging material accounts for a large portion of municipal solid waste, prompting increased environmental concerns. Despite the Indian government’s progressive prohibition, a wide range of plastics are still utilized in packaging applications by producers from both the organized and unorganized sectors.

Plastics have become an essential element of civilization, and we rely on them in all aspects of our lives. Since 1950, more than 8300 million tonnes of plastic have been manufactured according to the Press Information Bureau of India. Plastics were formerly created mostly from petrochemical products, and this dependency remains. Currently, 4% of all fossil fuel mined each year is utilized as a raw material in the manufacturing of plastics.

A glance at some interesting numbers from India

According to the Central Pollution Control Board (CPCB) report7, India produced around 3.47 million tonnes of plastic garbage per year, with per capita waste increasing from 700 gms to 2500 gms during the past five years. Regrettably, only a small portion of this plastic garbage is recycled. The majority of this garbage enters the environment via numerous harmful channels. Only 60% of India’s plastic garbage is collected, with the remaining 40% being uncollected and entering the environment directly as waste.
The National Center of Biotechnology writes “There is currently just one rule in India which specifies that no manufacturer or seller may use a plastic bag smaller than 50 microns, as thinner bags represent a significant harm to the environment owing to their non-disposability”.

Plastic bag use is high because the prohibition does not apply to all plastic bags. Many large companies and suppliers have begun charging customers for polybags in try to financially discourage them, but it has not proven effective thus far because there is no meaningful control over it. The plastics business is one of the largest job creators in the country, with an estimated value of INR 5.1 lakh crore (USD 73 billion). Because of the near ubiquitous usage of plastics in a wide range of industries, India’s plastics industry is one of the fastest expanding. In India, nearly 30,000 units manufacture plastic materials.

The multiple uses in hand

The section that follows discusses the many biodegradable alternatives that will be utilized in place of plastics, particularly in packaging operations.

Bamboo– Bamboo is another rapidly developing renewable resource that may be used to replace plastic in goods such as furniture, baskets, roofs, drinking straws, and so on. It is lightweight, long-lasting, and biodegradable.

Paper– In the past, many items were wrapped in simple paper. For the most part, newspapers were used for packaging, followed by specifically constructed brown coverings made of paper

Cardboard– As long as it is not covered with polymers, known as laminates, cardboard is totally biodegradable at home. To save waste, several businesses are increasingly packing their items in plain cardboard. Plastic storage containers will be replaced by cardboard cartons.

Natural Packaging Alternatives– Many companies are developing totally biodegradable packaging materials. Some examples of such materials are mushroom root, seaweeds, pressed hay, banana leaves, and the leaves of comparable other plants and trees.

Although it is not possible nor desirable to eliminate all plastics from society, alternatives can play an important role in lessening our reliance.. It is vital to strike a balance between the goals of decreasing plastic packaging waste and reducing food waste

Posted on April 19, 2022 by ggwastech@gmail.com
Uncategorized

Posted on April 9, 2022 by ggwastech@gmail.com
Uncategorized